Along Side the Agean Cost – Turkey Package

When you book with an account, you will be able to track your payment status, track the confirmation and you can also rate the tour after you finished the tour.
Sign Up
346
Availability : All Year Around
Max People : 20
DetailItineraryMap

Arrive in Istanbul. After Dinner rest at the Hotel. Transfer to your Hotel. Overnight in Istanbul

Visit Topkapı Place where was the administration center of Ottoman Empire for 4 centuries. We will visit the exhibitions such as ; Weaponary, Clocks , Kitchen , Sacred Trusts and more. Then we will visit St Sophia where was built in 537 AD as the greates church of christianity. After fall of Constantinople, it was converted in to a Mosque. Since 1934, it is being used as museum. We will continue to Blue Mosque which was built in 1616 AD. It has been decorated over 20thousand imperial İznik Tiles. After our Lunch , we will continue to for Cruise on Bosphorus. You will see the both sides of Istanbul from sea. You will see the Bosphorus Bridge and beautiful seafront Palaces, Houses and Mosques. Overnight in Istanbul

After Breakfast, you will drive to Troy. According to Illiad of Homer, it is the place where Trojan Battle took place. You will discover the ruins of the city of King Priamos and his sons, Hektor and Paris. You will learn about the 9 different settlement layers of Troy from 3rd Millenium BC to 5th Century AD. Before get to Troy, you will drive to Canakkale City Center and have a photo stop by the famous Trojan Horse from Hollywood. Overnight in Canakkale

After breakfast, you will depart for Assos/Behramkale where was once home to Greek philosopher Aristotle. See the showpiece Temple of Athena, whose 6th century BC columns stand above the Aegean, and explore the wider ruins. Then you will drive along to Edremit Bay through from IDA mountain to get Bergama. Visit Asklepion and the ruins of the ancient city of Pergamon. Overnight in Bergama Area

After Breakfast ypu will drive for Ephesus, famous throughout the ancient world for its Temple of Artemis. First visit Hadrian Temple. Romans dedicated it to Hadrian in 118AD. And the people of Ephesus greatly reconstructed in the 4th century. Proceed to Celsus Library. The library is the best structure of its kind. The façade of the library is embellished with four statues personifying virtue, wisdom, fate and genius. You will walk the Marble Road, that runs between the Celsus Library and the Great Theater which is part of the sacred walkway.

After Lunch visit House of the Virgin Mary, where it is believed she spent the last years of her life. The house was discovered in 1891 based on the visions of a German nun. Pope Paul VI visited the shrine in 1967, Pope John Paul II came in 1979 and Pope Benedict XVI visited in 2006. Overnight in Ephesus Area/Kusadasi

First we will have Breakfast. Then you will drive for Sirince Village. After visiting the village, we will have our lunch. After lunch, we will drive to Izmir Airport for your Domestic Flight to Istanbul. Overnight in Istanbul

Transfer to Airport for your flight back home. 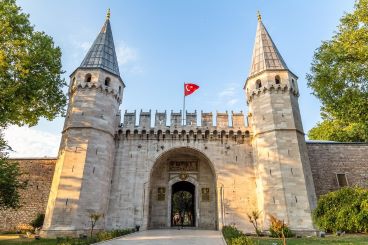 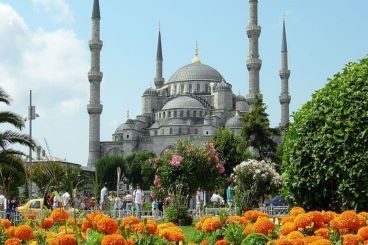 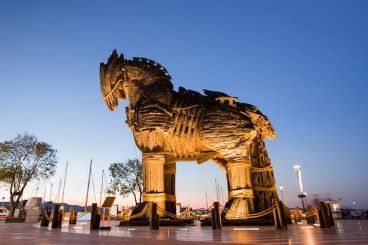 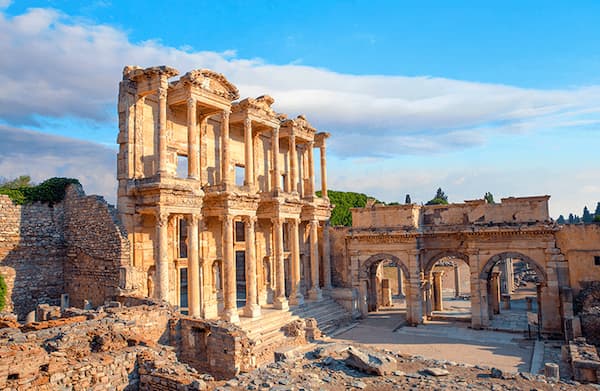 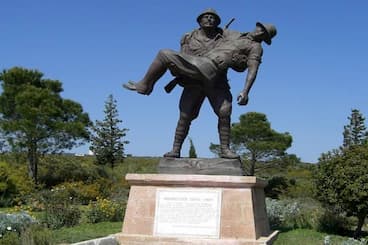 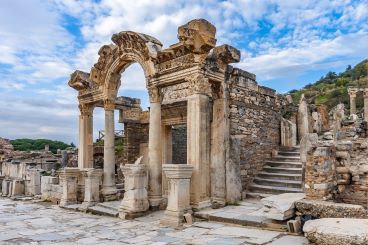 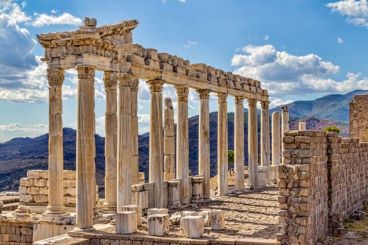